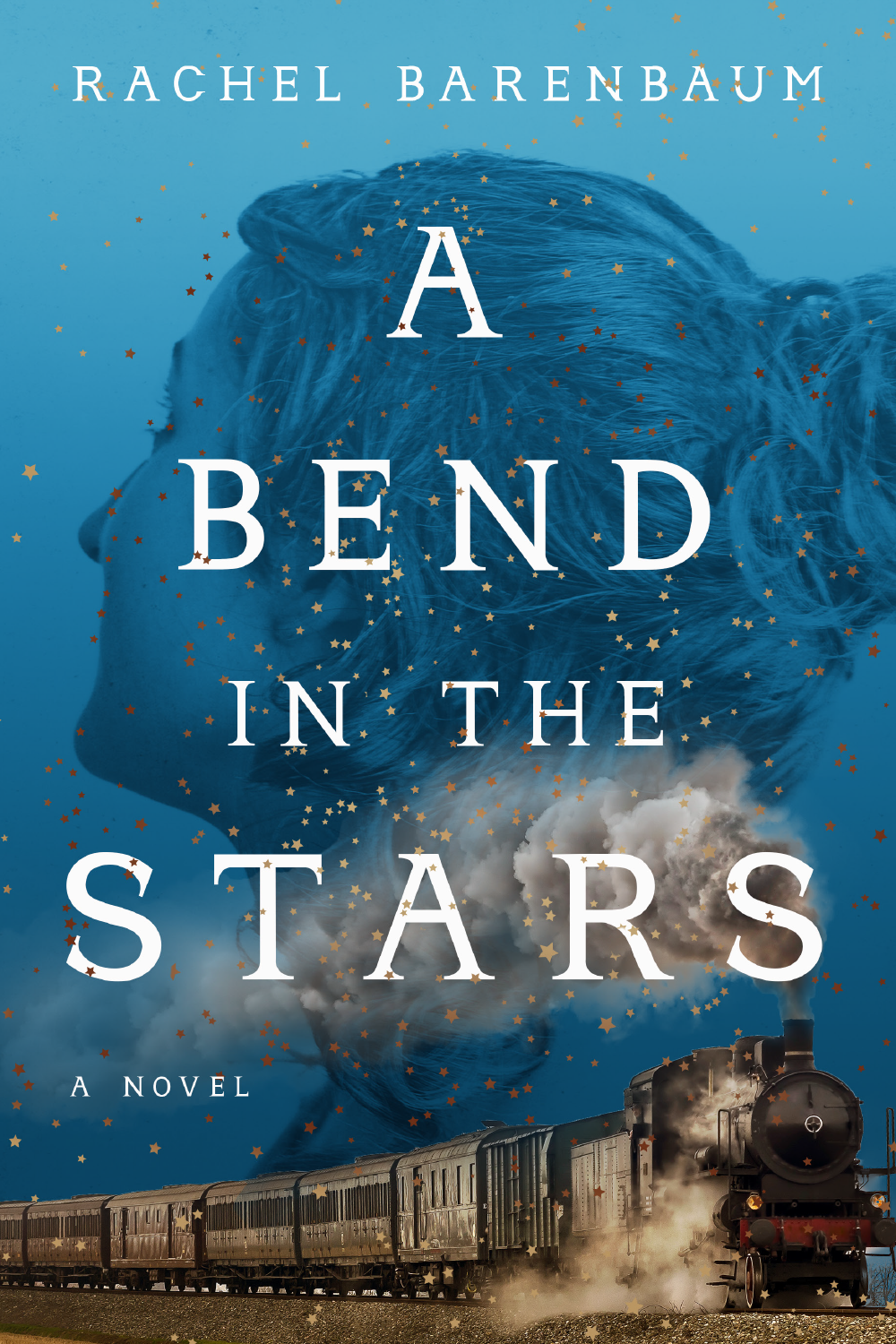 "...(a) spell-binding tale ... Like the best historical fiction, Barenbaum’s novel not only shines a light on an overlooked historical moment, but also provides a new lens through which to view our own time."

"The fact that a new nov­el­ist like Baren­baum has craft­ed a plot with plen­ty of dra­ma, while also weav­ing a com­plex web of rela­tion­ships, is the mark of a gift­ed nov­el­ist indeed."

A Must Read of the Summer!

"A romantic adventure with a neatly dovetailed ending that will appeal to fans of Kristin Hannah and Pam Jenoff."

"A Bend in the Stars is a vivid and wrenching debut, full not only with the darkness of history but also with hope — a literary saga for fans of The Invisible Bridge and All the Light We Cannot See. Love and war and Relativity weave together seamlessly, and we're left understanding that there's more than one way for the universe to bend."

"With the timelessness of a folk tale, the twists and turns of an adventure story, and the pleasures of a science thriller, A Bend in the Stars both fills the reader's heart and keeps it beating fast. This novel's strong gravitational pull draws you powerfully alongside Miri and Vanya in their harrowing quests, and its emotional payoff makes you never want to let them go."

"Rachel Barenbaum’s beautiful historical novel A BEND IN THE STARS traces the paths of Russian siblings Miri, a doctor, and Vanya, an astronomer, as they crisscross the motherland during a WWI eclipse. If you love Russian novels, smart and elegant fiction, stories about love, war, & loyalty, this one’s for you."

Jenna Blum, New York Times & internationally bestselling author of Those Who Save Us, The Stormchasers and The Lost Family

A riveting and deftly-plotted novel that leads us through the twisted labyrinths of Riga, hurtles us atop a pile of crates on a train rumbling toward Kiev, and illuminates how the violence of history and the thrill of scientific discovery unfold in startling simultaneity.

Ilana Kurshan, author of If All The Seas Were Ink

"Rachel Barenbaum's A Bend in the Stars is a beautiful thrill ride steeped in the history of Czarist Russia, from its poverty-ridden shtetls to its roaring trains, and the awesome lure of science. This is a book of history rewritten, dreams realized, and justice served-a book about relativity, war, hatred, and the weight of our assumptions and our great loves."

Michelle Hoover, author of The Quickening

"I loved this so much. The comparison to Dr. Zhivago, one of my favorite movies, to Einstein is perfect. A love triangle, a solar eclipse, the Czar and everyone trying to just survive, A Bend in the Stars is a terrific literary saga for those readers of All the Light You Cannot See and A Constellation of Vital Phenomena."

"Perfect for fans of romance and science!"

"Rich in visual detail of First World War-era Russia, it’s both a story of survival and a race to solve one of the world’s greatest scientific mysteries."

"The author does a commendable job of guiding readers through the intricacies of the theory of relativity."

"I would have never believed that a novel about proving the theory of relativity would be fast-paced, and frankly, interesting, but that's exactly what I got with A Bend in the Stars."

Relax in the sunshine with these great books....

In her debut novel, A Bend in the Stars, Rachel Barenbaum takes advantage of the resulting chaos to craft a solid thriller that ties scientific history to a Russian Jewish background.

For fans of All the Light We Cannot See and The Women in the Castle comes this bestselling, riveting literary novel that is at once an epic love story and a heart-pounding journey across WWI-era Russia, about an ambitious young doctor and her scientist brother in a race against Einstein to solve one of the greatest mysteries of the universe.

A story that is difficult to put down.

An engrossing story of pre-Communist Russia.